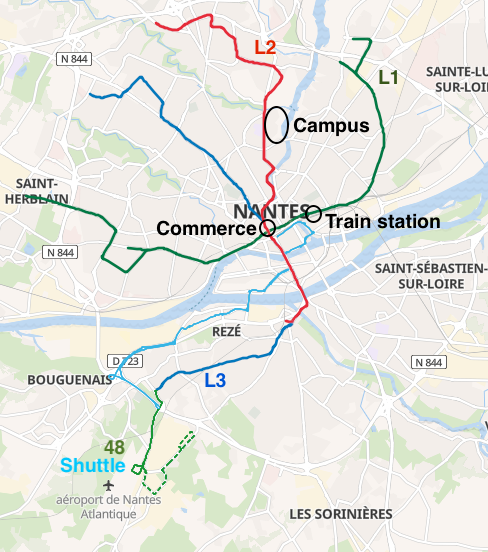 Be careful: sometimes the "plane" ticket between CDG and Nantes is in fact a train ticket. You have to pick it up at the TGV-AIR counter in the train station located between halls 2D and 2F. So, check your schedule! If the "flight" takes more than 1h30 from CDG to NTE then you will travel by train. In that case, pick up first your luggage at the airport.

The workshop will held at LS2N and the lunches will be taken at the University Restaurant La Lombarderie; see plan below. To reach the Campus from the city center, take the tramway line 2 towards Orvault Grand Val and get off at station Michelet - Fac des Sciences (10mn from Commerce station). 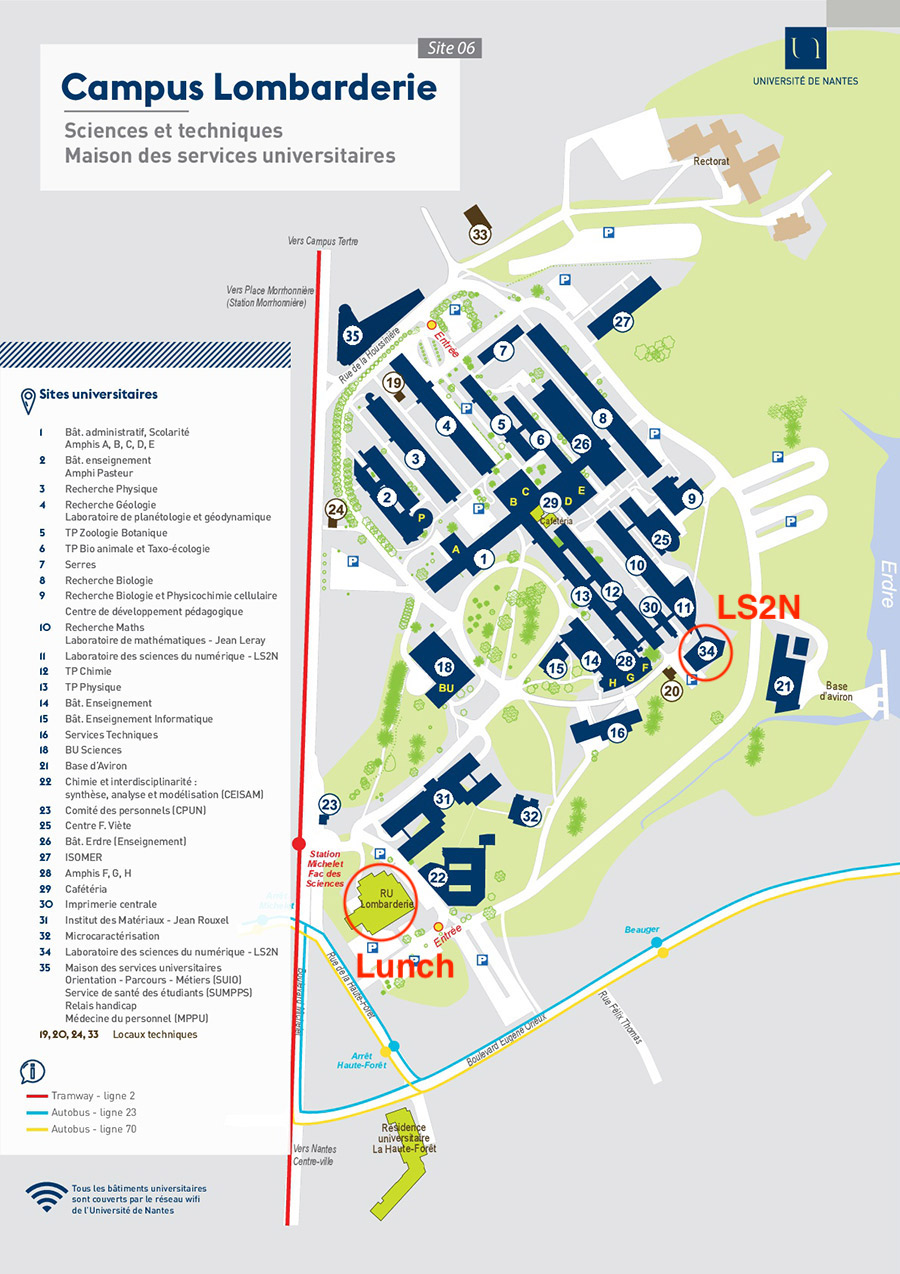