Thursday the 11th of October at the Musée d'Orsay 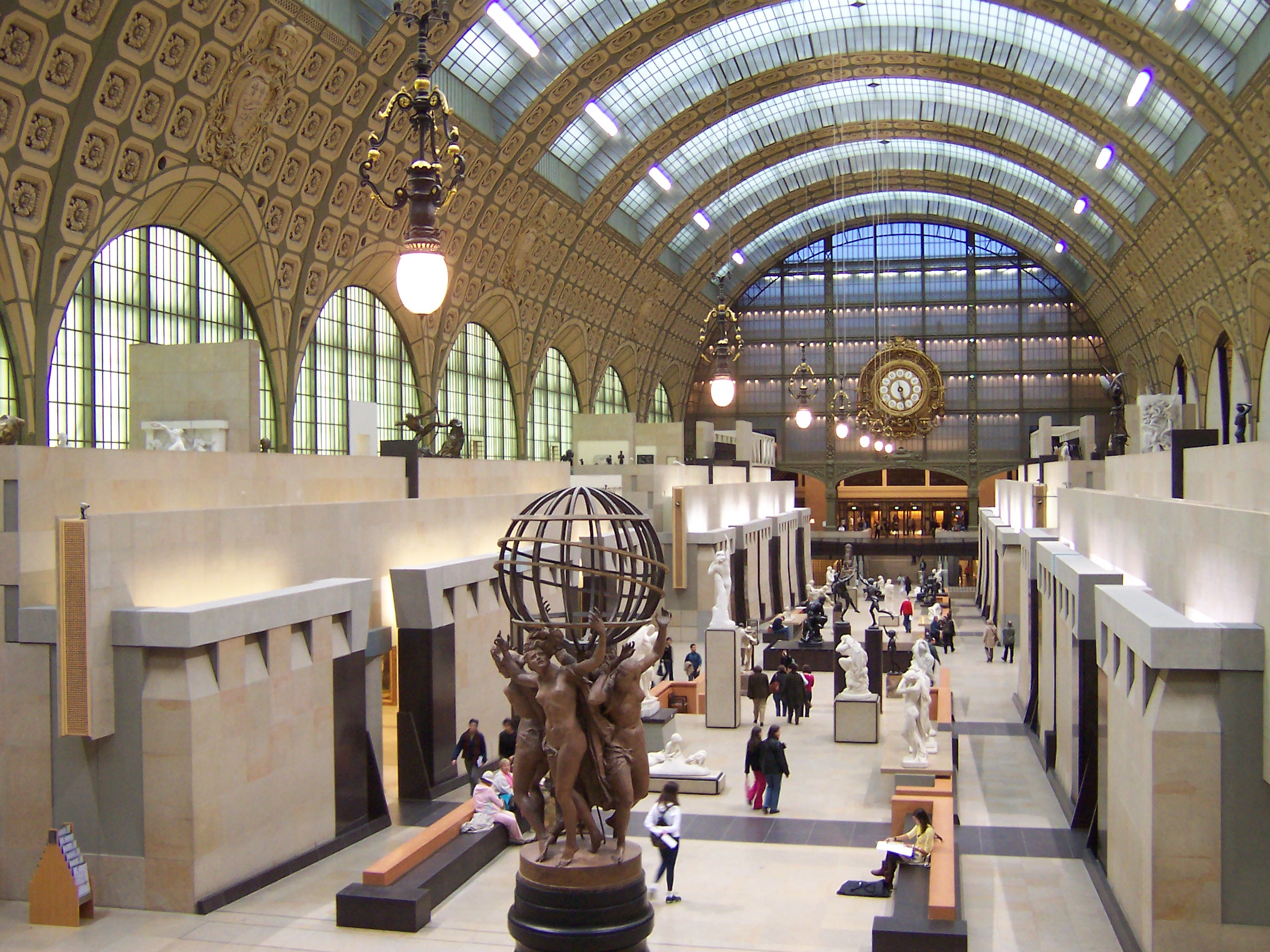 We propose a visit of the famous museum d'Orsay (in Paris) starting around 18h00, followed by a French dinner at the restaurant of the museum.The Orsay Museum, inaugurated in 1986, shows French and International art from 1848 to 1914, thus bridging the gap between the Louvre museum and the Centre Georges Pompidou. We will propose a choice of thematic guided tours .

If you already know the permanent collection of the museum d'Orsay, you can visit  the temporary exhibition

Please indicate when registering if you prefer a  guided tour or a self-guided visit.

Restaurant  can prepare on request vegetarien menu. Let us know at registration any allergy issues.

ART AND PUBLIC OPINION : SCANDALS IN 19TH CENTURY ART
The 19th century was rich in controversies in art as much as in politics. The collections of the Orsay Museum include some of the most controversial art works  created between 1848 and 1914. Courbet, Manet, Carpeaux, the Impressionists, Cezanne,Rodin, the “Douanier Rousseau” had all been in the heart of violent public scandals, being severely attacked by the Institute, critics or by public itself. Today, however, their paintings and sculptures belong to one of the most respectable chapters in Art History. How were these art works perceived a hundred years ago ? What made such a complete change in appreciation possible?

ENIGMAS AND MYSTERIES OF THE MASTERPIECES OF THE ORSAY MUSEUM
The Orsay Museum shows French and International art from 1848 to 1914. The tour takes the vistor through the collections and shows some of the most famous works of art of the 19th century. The Poppies” , “Woman with a sun-shade”, “Rouen Cathedrals” by Monet and “The Swing”, “Dancing at the Moulin de la Galette”, “Young girls at the piano” by Renoir … are all works of  international fame...
Following repeated viewings over and over, through reproductions in books, through advertising, posters and postcards, those masterpieces have become so familiar that they seem to hide no more surprises ! In fact, one needs to approach and inspect the original works, face to face literally, to realise that all those pieces of art conceal well hidden and unexpected secrets.
The visit is an amusing and thrilling voyage full of detailed revelations about the greatest secrets of those masterpieces we all thought we knew by heart:
Which unexpected patterns did Courbet hide within his “Burial at Ornans” ?...
Which secret symbol can you see in Manet’s “Asparagus” ?....
Why was Dali  so obsessed with  the Angelus by Millet ?, …
Lots of questions...
Many unexpected surprising answers...
A very entertaining visit into the deepest secrets of the greatest artists.

IMPRESSIONISM
The Orsay Museum displays many of the essential paintings belonging to the most famous movement in Art History. Between 1874 and 1886, in eight exhibitions, a handful of painters broke with traditional artistic expression in the most revolutionary way. Monet, Renoir, Pissaro, Sisley... innovated  both in subjects and in technique. Their work on colour and light, their way to call for the viewer’s active participation considerably influenced 20th century art. From the beginning (Manet) to the end (van Gogh), the visitor follows the evolution of this artistic movement.

WOMAN IN 19TH CENTURY ART
Allegoric figure (“The Spring” by Ingres) or Goddess (“Venus” by Cabanel), peasant (“The Reapers” by Millet) or worker (“Women ironing” by Degas), libertine (“Olympia” by Manet) or “canaille”  (Toulouse-Lautrec) : following evolution in society, the way of how artists looked at the woman in the 19th century has constantly changed. For “Her”, the most extraordinary art objects have been created, from the spectacular “Toilet Table”  by Froment-Meurice up to the “Dragonflies” by Lalique. For Queen or Slave, “She” has always been in the heart of artistic creation.