The workshop takes place at LAPP:

A shuttle will be set up:

Please note that there is a limited number of seats (max: 57 seats), if you want to use the shuttle, you must choose this option in the registration.

It takes about 40 minutes. A Google map can be found here: see map. 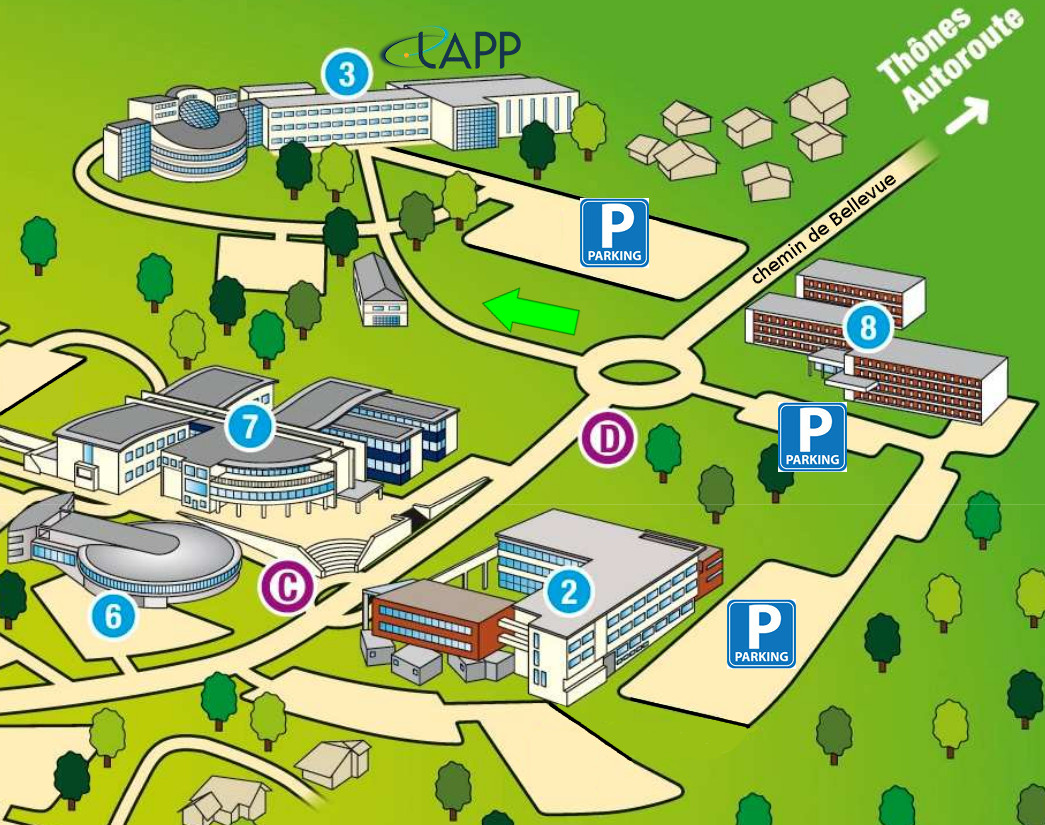 The best way to arrive in Annecy by plane is to book a flight to Genève-Cointrin airport, which is 40 minutes’ drive from the laboratory.

It is also possible to arrive in Annecy by Lyon St Exupéry airport but it is about 1h30 drive from the laboratory.

A lot more expensive (about 80-120 Euros) than the bus, attractive only if you can share the transportation. For these compagnies, you have to book your place in advance.

Annecy is very well connected by the French train network especially by daily non-stop high speed trains (TGV) connecting Annecy-Paris with a transit time of about 3h45. For those arriving from other French cities, many regional trains (TER) also connect Annecy to other major cities (Lyon, Grenoble, Valence, Chambéry...) in the region.

► By public transports from Annecy downtown:

1 - From the Campus bus stop