Just a taste: hints of new physics in flavour observables

Despite the discovery of the Higgs boson at the LHC, direct signals for new particles have so far eluded experimental observation.
However, in recent years, indirect hints of NP in flavour observables have begun to manifest.

Curiously, precise measurements of semi-leptonic charged and neutral current decays of B-mesons appear to show deviations from the SM predictions. In particular, the ratios RD(*) = BR(B -> D(*)tau nu)/BR(B\to D(*)l nu) and BR(B -> K(*)mu mu)/BR(B\to K(*) ee) are, up to kinematical factors, expected to be unity in the SM.

Both processes currently exhibit a discrepancy of around 3 sigma, hinting indirectly at the presence of TeV-scale lepton flavour universality violating (LFUV) interactions.

Apart from exciting hints from collider experiments, flavour precision observables offer powerful probes of the SM and beyond.
A longstanding discrepancy in the anomalous magnetic moment (AMM) of the muon and, more recently, of the electron as well, are further hinting at the breaking of LFU; the pattern of the deviations defies naïve explanations (e.g. minimal flavour violation). Furthermore, in a recent inspection of the electron/positron spectrum of de-exciting 8Be* and 4He* nuclei, an anomalous resonant enhancement was reported, consistent with the production and subsequent decay of a light (17 MeV) vector boson X17, potentially being a candidate able to reconcile theoretical predictions of the AMM with experimental data. 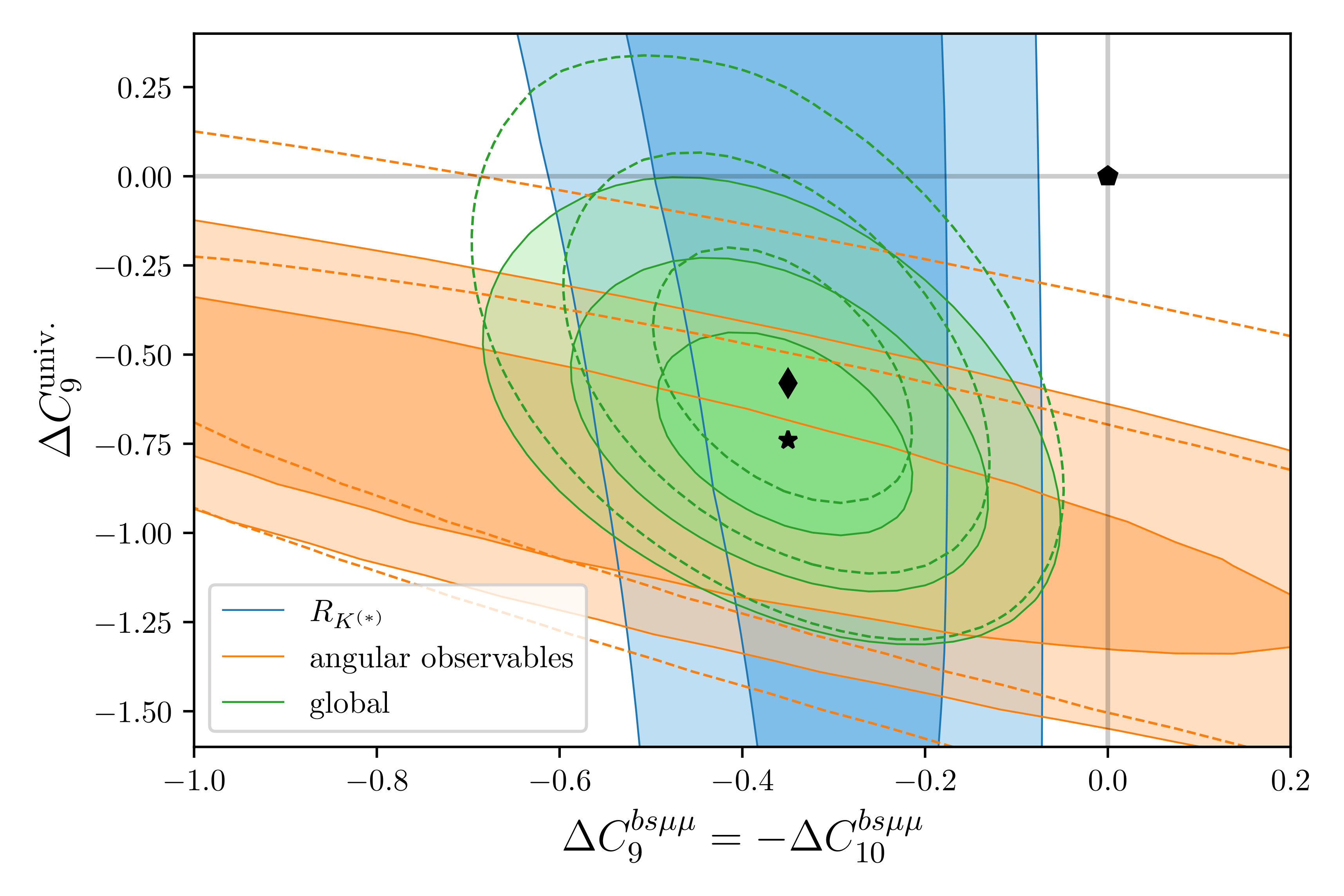