The meeting will be held in central Paris, at the Jussieu campus of the Université Pierre et Marie Curie, next to the Seine. The university is located next to the Jussieu metro station, and can also be reached through Paris's network of bus and RER connections. For information on local public transport, please see the official RATP site. (We also recommend the Citymapper app, which works extremely well for Paris and is available for iPhone, Android, and web clients.)

Paris can be reached in many ways, including by road, rail, and air. Its railway stations are all integrated into the RER+metro network (and for Gare de Lyon and Gare d’Austerlitz are within walking distance of the Jussieu campus). More information is available at the LPNHE travel page. Visitors from CERN may wish to take the TGV, which is direct between Gare Cornavin and Gare de Lyon. We recommend against driving into central Paris. For rail travel, please see the note about rail strikes below.

Once at the Jussieu campus, you will need to enter and get to the Salle des Séminaires (1222-RC/SB-08) in the LPNHE laboratory, where all sessions will be held. Due to the heightened security level, there are currently only two entrances to the Jussieu campus: one next to the Jussieu metro station, and one on the Quai Saint Bernard (closest to the Seine). A map is shown below, and the information is reasonably current as of March 2018, but please be aware that the university is undergoing perpetual renovation and access routes may change without warning. The campus is laid out in a xy grid. To get to the Charpak Amphitheatre, go to tower 22 (x=2, y=2) and descend to the lower ground level (known as SB or RC, for Saint Bernard or Rez-de-Chaussée).

Note about strikes: Rail strikes have been announced for spring and summer of 2018. At the time of writing, there are strikes planned for June 27th and 28th (but not June 24th, 25th, 26th, 29th, or 30th). You can find more information about the strike schedule on the SNCF info page or with a websearch. Typically, on strike days the metro and buses inside Paris run normally, the RER service across greater Paris runs with diminished capacity (e.g. 20-30% of trains run), and TGV services are severely disrupted. We advise against trying to travel by long-distance rail (TGV and TER, including the TGV Lyria between Paris and Geneva) on strike days.

You can click the map below for a PDF version. 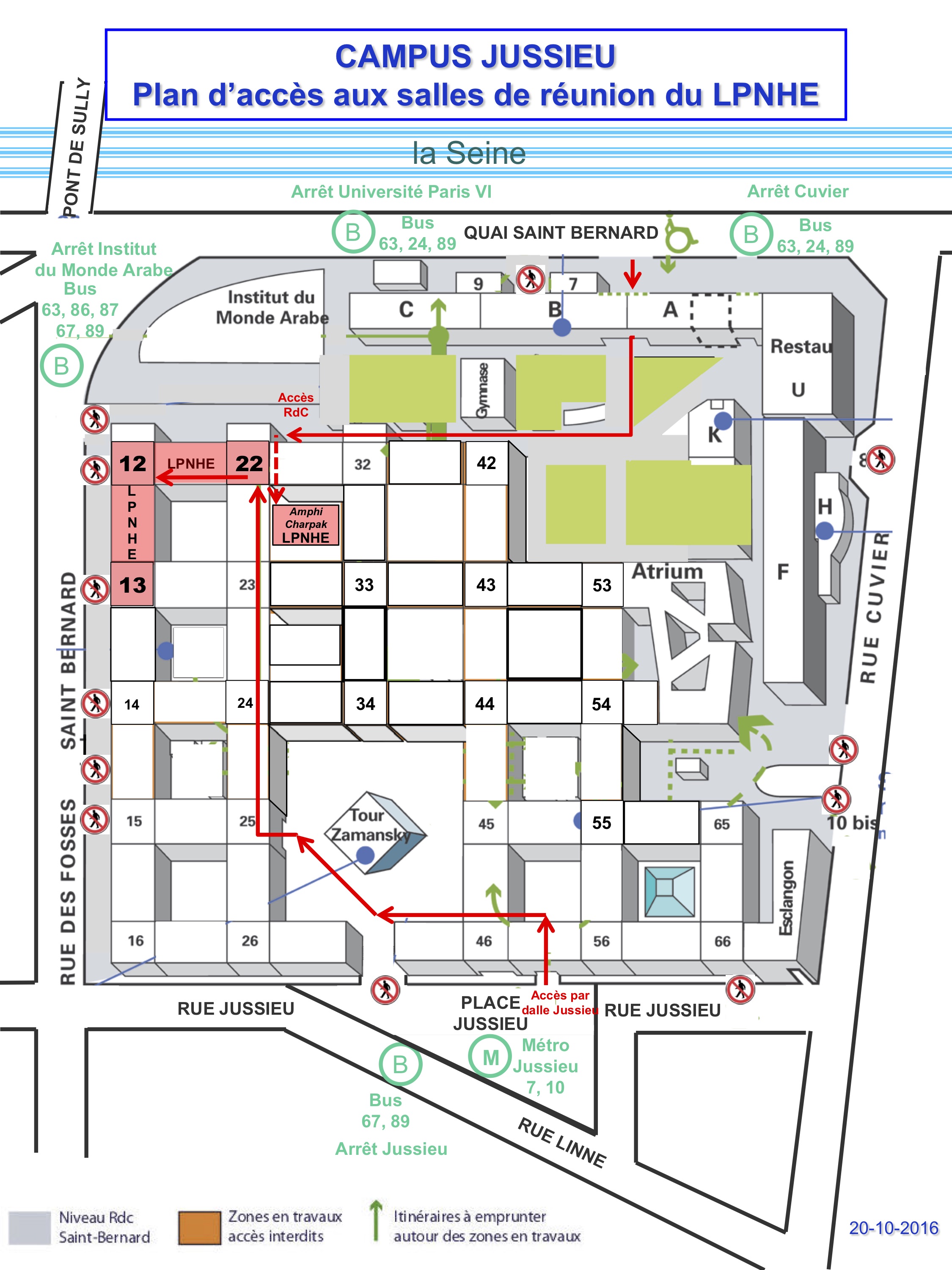